Second Corona wave in India and the Rainbow Homes 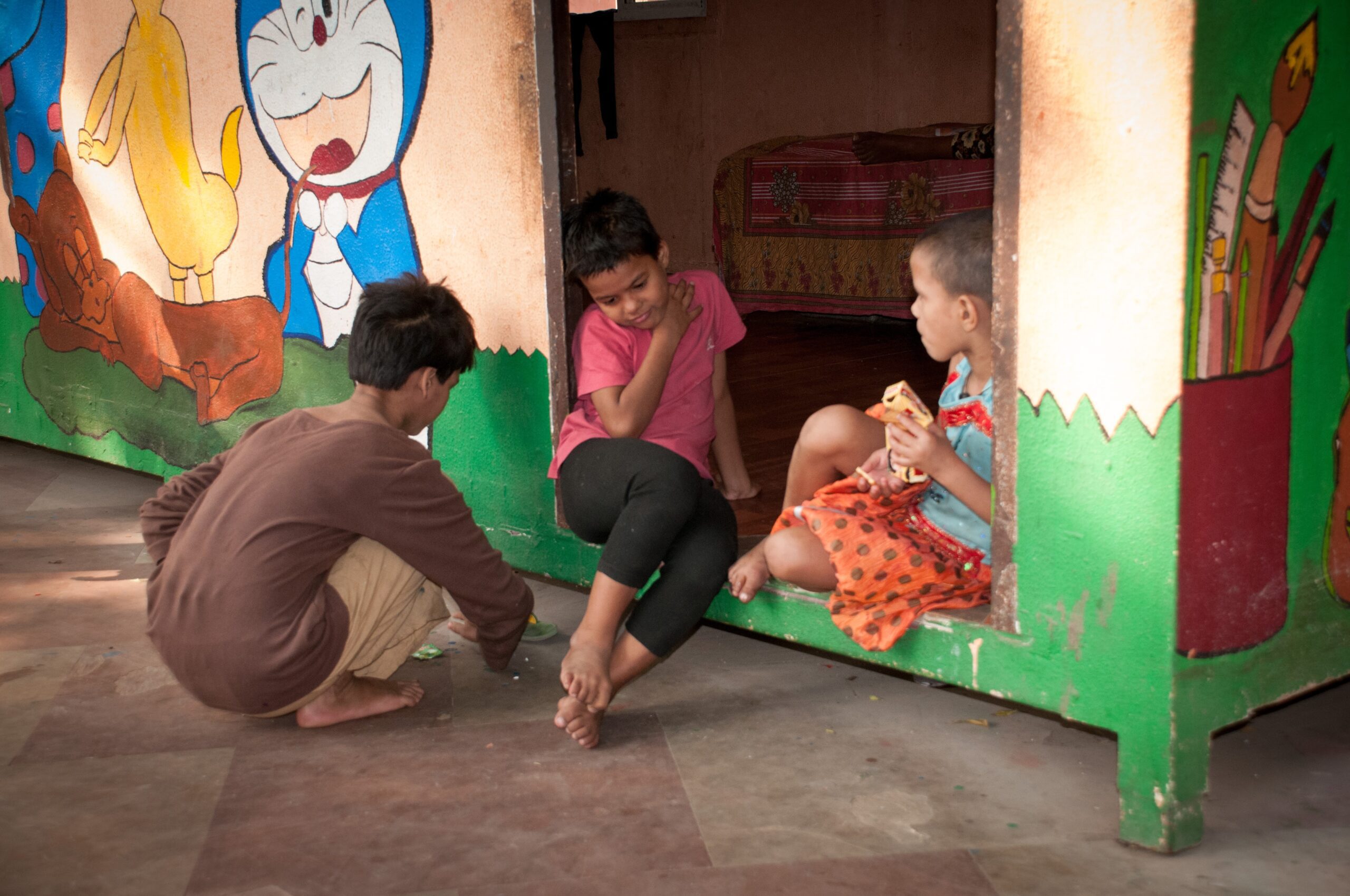 India is currently experiencing a terribly violent second Corona wave. The number of daily infections and deaths as a result of Corona are unprecedentedly high, with the suspicion that the actual numbers are many times higher than the formal figures of approximately 400,000 infections and approximately 3,500 deaths per day.

“Last year there was a fear of infection. This year a fear of dying.” – Rainbow Foundation India

The healthcare system can no longer cope and there is a dire shortage of hospital beds, oxygen and medication. Where India was still exporting oxygen and vaccines to other countries at the beginning of 2021 because the government believed it had reached the end phase of the Corona pandemic, the country itself now depends on foreign support to provide the many sick people with the necessary medical care.

Cemeteries and crematoria can no longer support it either, forcing people to burn their loved ones in improvised incinerators. There is an unprecedented crisis that currently grips the entire country.

How are things at the Rainbow Homes?

The Rainbow Homes program is also affected by this second Corona wave, although the number of infections is fortunately not too bad. This year, 118 children - girls and boys - in the program have been or have been infected with corona. Most infected children have no or only mild symptoms, only a small number - mainly older - children need (or have had) medical help. In addition, 26 staff members in the various Rainbow cities are (or have been) infected. All the children have been quarantined, where they were well cared for.

Rainbow Foundation India (RFI) is currently also trying to arrange twenty extra isolation places outside the Homes, in order to be able to organize the care as well and isolated as possible, also for the children who return after a temporary stay with their parent(s). RFI has been providing a refresher course to all staff members in recent weeks, urging them to quarantine children with symptoms immediately and not wait for test results. Because of the enormous crisis, these often take a long time. In this way, they hope to prevent further spread of infection.

Unfortunately, a number of people within RFI's headquarters have been seriously ill from corona, which has caused further pressure and tension on the team. It creates the extreme conditions under which they have to do their work. A comment during a consultation between Partnership Foundation and the local team said it all: “Last year there was a fear of infection. This year a fear of dying.”

Role of the government

The second severe corona wave is leading to increasing criticism of Modi and his government's crisis approach. However, it tries to shift the responsibility to the federal governments. In addition, Twitter is once again being pressured to remove critical messages. Journalists are not allowed to report on the situation at crematoria and cemeteries. This fits into the broader picture of how the Modi government is handling freedoms of critics of government policy.

As always, the health, safety and education of the girls in the Rainbow Homes is paramount. The schools are still closed and education is digital. Although the digital infrastructure in most Homes has improved somewhat in the past year, with so many children, it continues to be difficult and RFI, together with the Home teams, is fully committed to further strengthening (access to) digital education. This long-lasting crisis situation is also difficult for the staff in the Homes. Much attention is therefore paid to the guidance and support of the staff teams in the Homes, including regular online training courses and coaching from RFI. This year, extra efforts will be made to strengthen the bond with the local community, in order to further strengthen support for the Homes and the children. To this end, the partners who run the Homes are trained and supervised by RFI.

Stricter enforcement of regulations with regard to children's homes

The central government in Delhi is increasing pressure on regulations for children's homes. This forces the state authorities to enforce stricter enforcement, especially with regard to infrastructure of the Homes (such as the number of toilets, showers and classrooms) and numbers of children and staff members. For years, the local authorities worked closely with RFI, thanks in part to the high quality of care in the Rainbow Homes. Due to the increased pressure from Delhi, they are now forcing RFI to reduce the number of children per Home. This development also fits in with the broader international discussion about institutional care (including in a UN context), in which the trend is increasingly to care for vulnerable children on a smaller scale and no longer in orphanages.

As a result, RFI is forced to think more quickly about other forms of care for some of the children. RFI has now started to further investigate other forms of care, in addition to the Rainbow Homes. Brainstorms were held in working groups and with various experts in this field, and extensive use was made of available knowledge and experience at other organizations. The older girls have also given their input and ideas. Ultimately, RFI opted for a stronger emphasis on reintegration.

RFI has always been committed to returning the Rainbow girls to their family (parent, other family member) where possible and responsible. This existing approach is now being further strengthened, with the families receiving financial support and active guidance from RFI. For example, a list has been drawn up ofnon-negotiables', as there is for the Rainbow Homes. For example, on subjects such as education, health care/medical check-ups and nutrition. In addition, it is being examined whether 'learning centers' can be set up, where the children are offered tutoring, life skills training and other forms of guidance and development. For this, RFI seeks cooperation with specialized local NGOs. To date, approximately 10% of the children has been reintegrated per year. Given the outlined new developments and pressure from the government, RFI expects to reintegrate 20% of the children this year. This is done in close collaboration with the Child Welfare Committee, a government agency that must give permission for both the admission of a child to a home and for reintegration.

RFI and the local teams are responsible for the guidance, supervision and monitoring and the reintegrated children will continue to be part of our program for years to come. RFI is also working on a pilot with group foster care. This form is mainly intended for girls who do not have parents and/or cannot return to their parents/family. RFI has developed ideas for this to allow groups of 8 children to live together in a number of cities under the supervision of 2 staff members. The Rainbow Homes are emphatically the focus of the program. But there is no choice but to develop these new forms of childcare, as the alternative is for the government to simply send some children back to the streets.

These remain extremely challenging times in India. Net4kids has launched The Club of a Thousand campaign to once again draw attention to the emergency situation in our projects in India (and in Nepal). 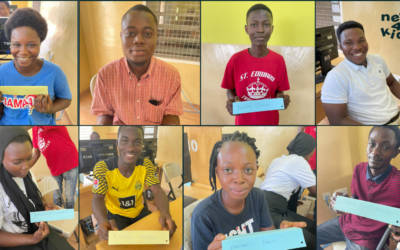 Improved Corporate Finance has been an investor in the Digital Marketing...

END_OF_DOCUMENT_TOKEN_TO_BE_REPLACED 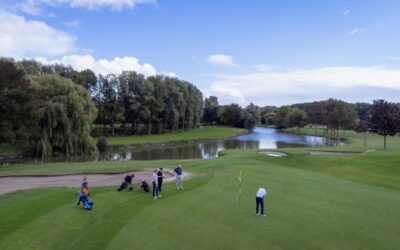 END_OF_DOCUMENT_TOKEN_TO_BE_REPLACED

In Nepal, our local partner, the Child Watabaran Center (CWCN), gives girls the...